Koorie Youth Council (KYC), the representative body for Aboriginal and Torres Strait Islander young people in Victoria, would like to acknowledge the invaluable work Indi Clarke has contributed over five and a half years of working as the Executive Officer. Indi has recently resigned from KYC and will finish up in late August.

Indi is a proud Mutti Mutti, Wemba Wemba, Boon Wurrung, Trawlwoolway and Lardil man whose journey with KYC began many years before his employment with KYC. As a young person from Mildura, Indi attended the first-ever Koorie Youth Summit back in 2014. He went on to join the KYC Executive in 2015, a group of 15 Aboriginal and Torres Strait Islander young people living in Victoria who guide and support KYC’s work. Indi then joined KYC as a staff member towards the end of 2016.

Indi’s passion for advocating for our young mob and our people, strength-based approaches, and the power of Aboriginal knowledge systems has been invaluable for the organisation and the KYC community.

“I want to express my utmost respect and gratitude to the whole KYC team present and past, the Advisory board, Exec and all who have supported myself and the org in my time of working at KYC.  I truly believe this organisation is a leader in its own right and can be and is the benchmark for the nation. As young mob, we hold an inherit power that resides within us all as Aboriginal and Torres Islander people that runs through our veins. When we are aware of the collective strength that comes from those before us, we can truly achieve great things and this organisation is evident of that and fosters that,” Indi Clarke.

Throughout Indi’s leadership, significant achievements include major projects such as Ngaga-dji (hear me): voices for youth justice, the self-determination of the Marram Nganyin Youth mentoring program, development and launch of Wayipunga resource, five Koorie Youth Summits, mentoring and championing our deadly Executive, growing the team from 5 staff members to 12, as well as his incredible leadership during a pandemic. Indi’s impact is immeasurable, and the overall influence of his leadership will continue to create positive social change for Aboriginal and Torres Strait Islander young people for years to come.

Indi’s unique insight into the organisation will be greatly missed with Indi’s nine years of service both as a staff member and volunteer. We wish him all the best as he as he takes on new opportunities and continues to be an advocate for our next generation.

Join us in celebrating Indi’s achievements as we recruit a new Executive Officer over the coming months. 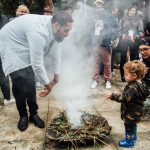 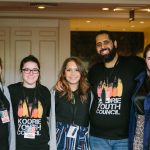 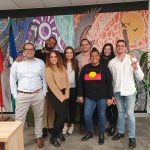 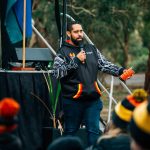 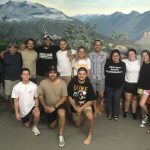 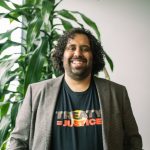 I belong to the Barkindji...

After years of development, we...

Do you want to support...