Bonnie is a proud Gunditjmara woman who grew up on Gunai Kurnai Country, and first became involved with KYC as a youth participant at the 2015 Koorie Youth Summit.

Bonnie will succeed Indi Clarke, who resigned in August 2022 after six years with KYC. Bonnie has served as Acting Executive Officer over the past three months since Indi’s departure. Prior to that, she was the Deputy Executive Officer at KYC. Indeed, Bonnie’s commitment to the work of KYC spans from an even earlier time where she was an Executive Committee Member on the KYC Executive Council. She has also been pivotal in facilitating workshops and yarning circles at the Koorie Youth Summit and has supported consultations in Gippsland for the development of KYC’s Aboriginal youth participation resource, Wayipunga.

Bonnie brings extensive experience as a dynamic, thoughtful and passionate young leader, who has been committed to advancing the rights and representation of justice-involved young people and advocating for culturally specific healing and residential programs. In tandem with her efforts to promote youth voice and participation, her comprehensive work in Aboriginal Dispute Resolution demonstrates that self-determination is a cornerstone of the values that she brings to the workplace and in community, every day.

Bonnie is looking forward to building on Indi’s legacy with the collaboration of young Mob across Victoria, with a particular emphasis on implementing KYC’s new strategic plan which is planned for launch in 2023. Bonnie is excited to lead KYC and to continue building on the organisation’s strong foundations.

“As a young person that has been involved with KYC for many years in different capacities, I am both honoured and excited to lead the next phase for the organisation.” – Bonnie

The appointment was welcomed today by KYC’s Advisory Board Member, Belinda who shared:

“Bonnie’s appointment will charter the next exciting chapter of the Koorie Youth Council (KYC). Her professional expertise as Acting/Deputy Executive Officer together with her lived experience as a First Nation young person confirms her leadership capability is the right fit for this critical work and KYC’s future developments. The cultural considerations and ways of mobilising KYC and the broader community lead some of the most progressive movements in young person led and co-designed approaches. As an inaugural advisory group member I’m proud of the work KYC has contributed to date and am excited to support the next chapter that Bonnie and the KYC team will undertake together.” – Belinda Duarte, Wotjobaluk / Dja Dja Wurrung, Inaugural Advisory Board Member

We commend Bonnie Dukakis on her commitment and tireless work over many years. KYC and the broader community will benefit greatly from her experience, knowledge and expertise in the sector.

We wish Bonnie all the best and we look forward to an exciting new chapter ahead for the KYC. 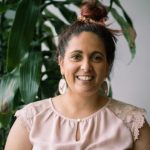 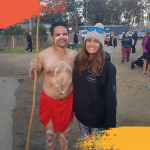 The Koorie Youth Council (KYC) is proud to...

[embed]https://www.youtube.com/watch?v=eusy4s4jSmw&feature=youtu.be[/embed] There’s mob from all...

My people, my people by Banok Rind

Nakia Cadd is a proud...